Home » About the Program » Patrick Brady 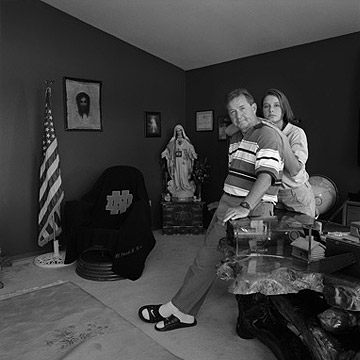 Reserve officers training was mandatory at Patrick Brady’s college in the late 1950s. He hated it and eventually got booted out. He later got back into ROTC and was commissioned in the Medical Service Corps after graduation.

Brady’s first posting was to Berlin as a medical platoon leader at the time the Berlin Wall was constructed in 1961. Soon he was eager for new challenges, so he applied to flight school and became a helicopter pilot. In 1963, he went to Vietnam.

Flying a UH-1 medevac helicopter, Maj. Brady was on his second tour of duty as part of the 54th Medical Detachment in Chu Lai when he volunteered to rescue two badly wounded South Vietnamese soldiers in enemy territory on January 6, 1968. Several attempts had been made to get the men out; all had been aborted because of bad weather. When Brady arrived, thick fog shrouded the evacuation site. He descended slowly until he could make out the shape of trees beyond his rotor blades, then used them to orient the craft and moved sideways toward the extraction point. Despite the close-range enemy fire, he was able to locate the South Vietnamese soldiers and evacuate them.

Not long after this rescue mission, Brady was called to another fogged-in area where American casualties lay close to enemy lines. Earlier in the day, two other U.S. helicopters had been shot down trying to reach the site. Brady lowered his chopper through a space in the fog, orienting himself by a stream bed to get to the wounded. In total, he made four flights over the next hour to rescue all 39 GIs. On his third mission of the day to rescue more American soldiers, Brady once again put down at a landing zone in enemy territory. During his descent, the controls of his helicopter were hit, but he was able to evacuate the injured.

Back at base, he got a replacement helicopter and returned to the action. On his fourth mission, he was watching another medevac trying to extract members of a trapped American platoon when a mine exploded nearby, causing the helicopter to leave without the casualties. Brady touched down as close to the marks left by the other craft’s skids as he could to avoid mines. The soldiers were reluctant to cross the minefield, so his crewmen had to go get them. All were brought aboard, except for one who was being carried back on a stretcher by two of Brady’s crew members. They had almost reached the plane when one of the stretcher bearers stepped on a mine. The explosion blew a hole in the helicopter and caused every warning light on the control panel to go on, but Brady managed to get the damaged craft off the ground and deliver the six severely injured soldiers to medical aid. Then he picked up a new helicopter and kept flying. In all, he evacuated 51 men that day. Four hundred bullet holes were counted in the helicopters he flew.

Back in the United States, Brady was awarded his second Distinguished Service Cross. The award was later upgraded to a Medal of Honor, which was presented to him by President Richard Nixon on October 9, 1969.

Patrick Brady retired as a major general in 1993. His daughter, Meghan, followed in his military footsteps, entering the Medical Service Corps. She served as a medic in the 1991 war against Iraq. Since retirement, Brady has supported many service organizations. He serves as the chairman of the Citizens Flag Alliance – a coalition of organizations determined to protect the American flag from physical desecration.